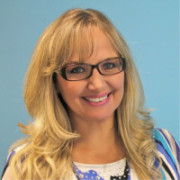 According to Comics Kingdom, the comic strip “Mary Worth” first appeared in 1938 and by 1962 was appearing in over 300 newspapers the world over. Mary Worth, with its warmth, human interest and domestic drama, was virtually the first “psychological narrative” comic strip with cliffhanger endings where social issues, such as juvenile delinquency, unwed motherhood, drug addiction, spouse abuse, alcoholism, infidelity, concerns of the elderly, the generation gap and others were confronted.

The issues are not Mary Worth’s issues; they are the issues of the people who entered Mary’s life.

Here is the current “social issue” to enter Mary Worth’s life. Mary Worth is a friend of Terry, a single woman. Adam just moved into Mary Worth’s condo complex, and Mary introduced herself to him and welcomed him as her new neighbor. Mary soon discovers that Terry and Adam were in a very serious romantic relationship and were also business associates eight years ago, and Adam would like to renew the romantic relationship and take it to the marriage level.

Terry is still struggling to get over their mutual breakup eight years ago when Adam felt a strong calling to provide security for a political candidate thus leaving the agency where he and Terry worked as partners. Terry would not go along with this calling so Terry and Adam broke up and even lost track of each other. Both Adam and Terry discovered each other’s bottom line.

Adam ended up taking a bullet for the candidate and saving the candidate’s life and that is why Adam has a limp. Eight years later Terry finds it hard to trust any man not to break her heart again. Adam tells Terry that she can trust him now because he knows where he wants to be, and it is with Terry. Terry tells Adam that her heart has awakened since he came back into her life, and it scares her.

Here is the cliffhanger. Will Terry open her heart to Adam and let their mutual love grow and blossom into a lifelong commitment or will Terry guard her heart and miss the chance for the intimacy with the man she still loves? Will Mary Worth somehow help Terry and Adam become a couple? Only Moy and Giella, the comic strip writers, know.

Emotional intimacy requires you to be authentic and vulnerable and to share and connect. Mutual trust makes a relationship a safe haven for both partners. That safe haven opens both partners to feelings of acceptance, respect and admiration from our partner even though our partner knows our fears, failures and innermost struggles.

Intimate partners care about each other and want what is best for each other. Intimate partners share an equal concern for their partner’s fulfillment and happiness. The abiding sense of fairness guides both partners as they enjoy the emotional, intellectual, social and physical satisfaction that comes from an intimate relationship.

Do you desire to experience a relationship that is growing and blossoming but are unable to commit to an intimate relationship?

Are you in a relationship that has become empty and lifeless as you and your partner drift apart? Is your relationship losing the joy of intimacy?

There is hope. Fear of intimacy with feelings of isolation and loneliness can be debilitating. Are you experiencing any symptoms of a fear of intimacy? Are these symptoms holding you back from finding new relationships?

Are these symptoms keeping you from saving and rebuilding a relationship you already have? Are you living in the Miami area? Professional counseling offers treatment for your negative thoughts. With the therapist beside you, you can confront the overwhelming thoughts that are holding you back from making a commitment.

Dr. Elsa Orlandini offers the greater Miami area professional counseling in two locations: South Beach on Lincoln Road and in the Brickell Avenue Business Center in Miami. Don’t suffer in silence. Confront your fears with Dr. Orlandini by your side. Take charge of you life.